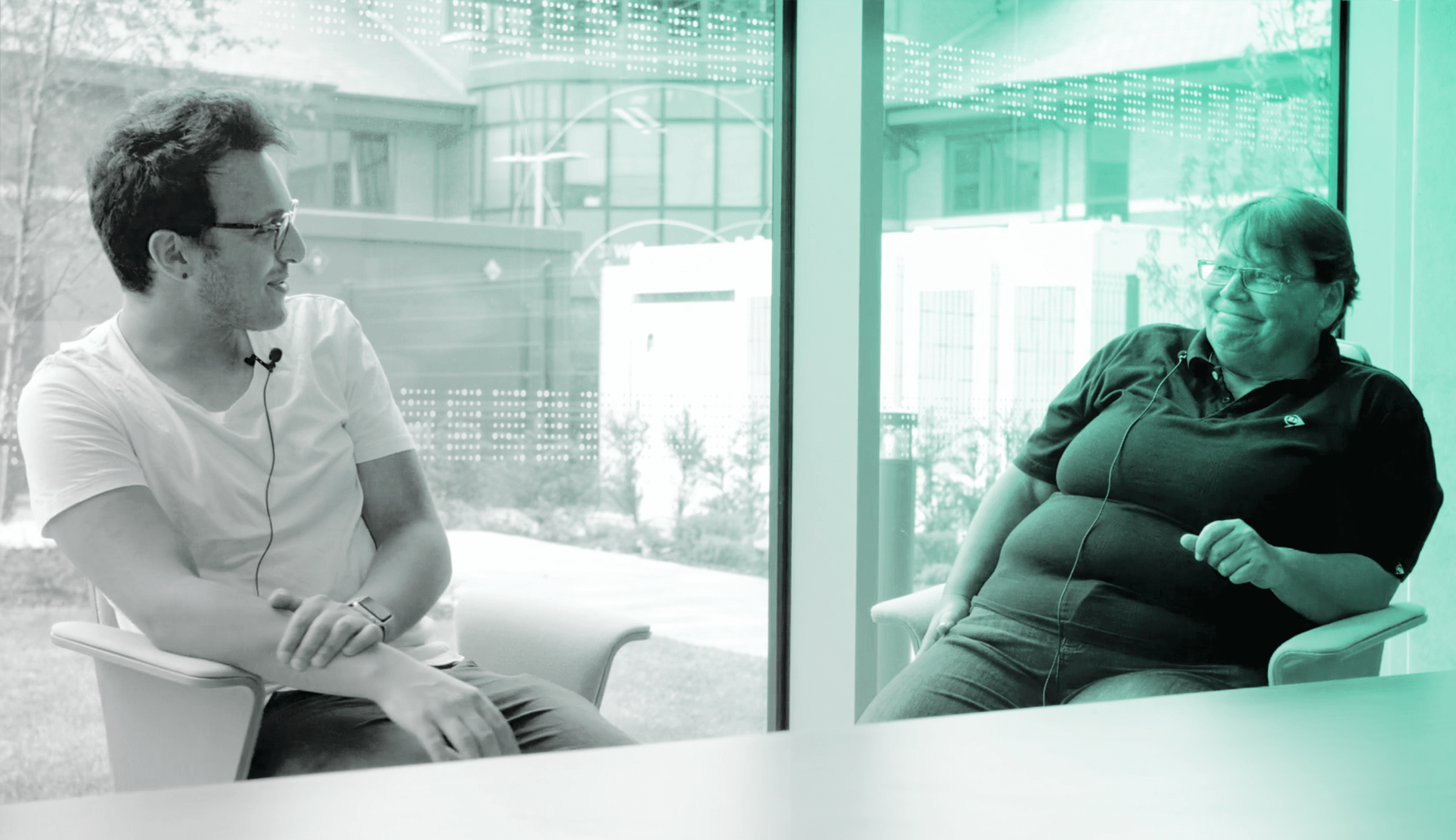 We’re back with Bev from Bruntwood, and we’re going to continue talking about energy management and sustainability along with various other topics related to how we can be our own energy company.

Jordan: We need to provide the intelligence and we need to provide smarter, non-binary ”is it on, is it off? Oh, it’s on, we’re wasting a tonne of energy”. I guess in this science park we’ve got tonnes of extremely smart people who are all dedicated to different disciplines, but when you pull together, you know, people have different ideas. As we move outside of this specific estate, there are places where they don’t have these really smart people. If you give them a certain technology, then they would have to decipher it in a way that they need to be energy experts. I think one of the things we’re trying to do as well with our technology is making it simple, and my colleagues say this, Jules and Andrew, make this simple for human beings to understand rather than giving them all this data and even some intelligence but not understanding what benefit it’s driving. Do you find that the lack of expertise in the field is prominent when you venture outside of the Bruntwood and MSP space? Because not everyone’s an energy expert.

Bev: I know, completely, and I get what you’re saying. I think it’s such an important point for the wider applications of this. If you’ve got a garage down the road and you fit tyres or you’re doing people’s MOTs, you don’t really care about the ‘red, amber, green’ thing, you want to know that you’re getting your energy at a good price and you want someone else to take care of this stuff. I think that’s why one of the things I’m really, really keen on is that we start to look at, again as a collective, is this idea of a localised energy market. I’ve said that I don’t believe that the grid can cope, and we need to do decentralised energy systems. If that’s the case, then we need to try and develop these transactional markets where we operate differently. It means that the guy who’s got the garage, someone else is looking after all of this for him, you’re looking after the data and the AI, looking at how we optimise our asset base. I might be the person sticking the battery in or sticking the solar on, but we’re working together look at how we collectively get that best value, and it means that not everyone has to be an energy expert because somebody, a trusted partner somewhere, whatever that might look like, somebody else is trying to do some of the hard work for them. And I think that that’s the only way it’s going to work. Interestingly, I also think we’ve got a specific problem in that this week they’ve announced that they’re going to be removing the feeding tariff for solar. How do we encourage the right behaviours for small business owners if there’s no incentive? So, I think that there has to be something there that tries to replace that. At the end of the day, there’s a capital requirement to do some of the stuff.

Jordan: in this space, it’s a large capital requirement. If you’re innovating a different space with digital technology, it can be software, optimising processes etc, we’re optimising processes but there is a tangible asset- there is something physical to connect to or there is something physical to change. And also, some of the stuff is really high voltage! So, not only are the capital costs are much higher, but then you need the right expertise and there are operating costs with maintenance and all that kind of stuff so I do feel for start-ups that are trying to operate in this space without any capital because it’s just impossible! It’s good that we look at Tesla and think ‘well, this is really cool, this is amazing technology’, but for a start-up to compete against Telsa and drive the price down of this kind of technology, you’re not going to have the same people that are trying to create the next Uber, do you know what I mean?

Bev: Completely. We started off around having conversations about being able to share data and information on this stuff, and that was a really big feature of our CityVerve project around the value of data and this idea of ‘the whole is greater than the sum of its parts’ but equally, you don’t know what you may end up with when you start looking at the correlation of this, this and this. Unless we start to get a little bit more open about that, most organisations stick to what they know. That’s another cultural thing, is that we need to be much more approachable, I think, or much more open to the whole data sharing piece because that again is the only way that we’re going to allow that disruptive, innovative start-up to be able to get a little bit of foot in the door.

Jordan: 100%, that’s the thing. As companies grow, it can stifle innovation because there are tonnes of process. This is a key thing that I see in large industries and corporates right now, and it’s not because some people do and some people don’t want to move forward, right? Part of it is that some people simply want to cut costs, and they don’t really care how they do that. Some people want to do the right thing because there’s a sustainability aspect to it, but then at the end of the day, even if you have this mixture of people, they end up with that closed kind of data set. What I want to do is find out a digestible way to get the results of this out. Some people think its intellectual property, and there are elements of that. If we don’t band together, and this is why I think MSP and this building is a great example of this kind of collaboration, if we don’t collaborate, everyone’s going to go and do their own thing. People will re-invent the wheel and we’ll end up being five-years behind where we should be, right?

Bev: Yes, I’m in complete agreement. I think that’s really something that we should be trying to leverage here, and it’s great that you and I are having this conversation- we’re both operating in the same space and trying to bring it all together. I think it’s so important in these collaborative spaces like Mi-Idea because there’s so much that we can all get out of it, you know, you bring a lot to the table for us and we hopefully bring something to you.

Jordan: This conversation, being able to sit in a building and understand, well, let’s say this. You might have an idea for some technology, and it will go completely in the opposite direction. This helps other businesses; start-ups, innovators come in and look at a problem with a completely different perspective and also go “well, actually this didn’t work so can we do it better?” The investment there is building up new relationships and building up new businesses, so the ecosystem grows, right? Whereas you might have a company with a huge R&D department and throw millions upon millions into it, which might be a good thing, but the open collaboration means that we end up talking, we end up coming out with something that might be operating on a Tesla battery pack that Tesla hasn’t thought of. For me, that’s super exciting. Every time I come to this building and I see some of the sensors and see what we do and think “well actually, it’s OK to ask to see the data or see a room, and everyone here is always super helpful and friendly and always looking to help. If this was a large corporate customer, they’d turn around and say “well, maybe not because we don’t know you or work with you”.

Bev: I absolutely get that, but I think again that that’s a cultural thing. Speaking with my Bruntwood hat on, we’ve got a part to play there in talking to other people and say that it’s OK. If something isn’t great in your building, the only way you’re going to get better is by surfacing these things and getting a handle on them. I think as a business community, as a City, we’ve got to start getting more comfortable with that because we’re all in the same boat here. We all know where we’re going in terms of climate change, we all know where we’re going in terms of energy price. It’s not a secret, so let’s start looking at what the solution is- and that solution, you can’t do it on your own and neither can I.

Jordan: We’ll probably pick up more about the Bright Building, energy management and what we can do to increase sustainability. We’ve talked quite a bit about specific topics, but we’ve got a lot more to discuss I think!

Our partnership work at the Bright Building is a great example of how collaborative technology can provide greater energy control to reduce emissions. 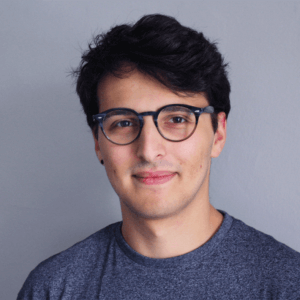