Not only did they make the bold move to switch their annual Build developer conference to be online, they also executed it so well you’d be surprised this wasn’t the plan all along.

What is Microsoft Build?

Build is the annual developer conference hosted by Microsoft. Every year Microsoft host the event, which usually lasts about 4 days. The first day normally features consumer facing announcements, with the other days focussed on developers and software engineers and training sessions. In 2020, Build was different, due to coronavirus, and took the form of a free, virtual only event.

In the many hours of content I watched the Microsoft team appeared to be comfortable presenting from home via Teams, and based on the comments and feedback I saw I believe that the Build conference has managed to reach a more inclusive group of developers than ever before – and I kind of hope that they continue to run them online in the future.

As Microsoft Partners we’re always interested in seeing what new innovations are coming to the Microsoft Azure cloud hosting platform, as well as programming languages we use like C# and TypeScript.

Build has always been the best time to get this look at the future, and Build always brings lots of goodies for our developers too!

As always there was a lot of technologies announced, so I’m just going to highlight three key takeaways from three areas.

Windows is continuing to be one of the best development environments for building all kinds of applications, here are our top three takeaways from our developers:

WSL is used by our engineering team to run native Linux binaries on Windows, and the latest updates include GUI apps in Windows 10, as well as support for GPU compute workflows.

Windows Terminal is now at 1.0! A favourite terminal by many members of our team, this release means that it should now be stable enough for enterprise use – and development for more experimental features should be coming soon with preview releases.

We’re all so used to being able to `apt get` packages in Linux that we know how good it is going to be to add `winget install` a wide range of applications directly from our favourite Windows shells. While this is still in preview I did try it out – and yep, it works!

We use Microsoft 365 to stay on top of everything we do here at Hark, it’s no surprise that this was a big focus in terms of productivity and developer tools, but here are our top picks:

Our whole business uses Microsoft Teams to enable collaboration more than ever since moving to be 100% remote. We’re personally looking forward to very interesting integrations we’re working on here… watch this space!

We love using To Do and Planner to help our team keep track of all our tasks… and now we’re looking forward to Microsoft Lists to help us keep track of our initiatives with tight Teams integration and a dedicated app – both coming soon!

The development story for Microsoft 365 is rounded out with a new open-sourced framework for developing collaboration experiences. The Fluid Framework is something our engineering team is keeping a close eye on with a view to light up some of our experiences in the future.

And finally the really exciting stuff for developers just goes on and on, so here are just three of the many developer-related announcements:

.NET 5 is the next version of .NET and it brings the tradition .NET Framework and the new .NET Core cross platform runtimes together – spanning from cloud to desktop and beyond. The new release cadence means it will help our engineering teams target LTS branches as they become available.

We use a lot of C# here at Hark and we’re always excited about improvements to the language. C# 9.0 is starting to take shape and it has already won our hearts with the addition of init accessors and improved pattern matching. So cool. 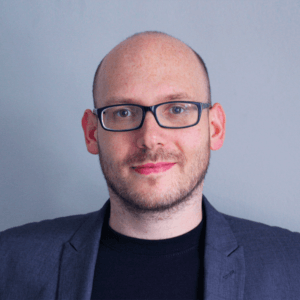