Home › The Decentralised Energy Future Might be Closer Than You Think

The Decentralised Energy Future Might be Closer Than You Think

Financial markets, which often seem tilted in favour of large hedge funds and banks, are going through a sea of change. Wall street was recently outraged, after many Reddit users decided that the nostalgia they hold, in a stock that they grew up with (Gamestop), was worth more than what wall street deemed. Those users bought the stock and went to raise it to monumental levels, taking advantage of a hedge fund that had shorted the stock significantly, almost bankrupting them in the process. They did this via an app called Robin Hood, however, the twist being that Robin Hood was able to cease the buying of this stock and allow people only to sell their positions, which was widely seen as manipulation of the market and another example of the little guy being put in his place. This however shows the significance of the change coming, with Defi (decentralised finance) looking to remove these centralised powers that can control markets, letting anyone take part and invest where they see value.

Decentralised systems cut out centralised control, they enable anyone to take part, without manipulation or interference from any entity. They also are more secure without a single point of failure and a shared consensus needed to agree on the next transaction.

How does this relate to energy?

So what has this got to do with energy generation? Well, as it happens, quite a lot.

Typically, energy today is generated by massive plants; coal, oil and gas are used to create the electricity that powers our everyday needs. It’s no surprise that doing this causes significant harm to the environment due to the burning of fossil fuels and that the steady move toward renewable energies is key. It is also notable that this generation of energy is centralised. Now I’m not saying that everything that is centralised is bad, but if it was decentralised would it be better?

We are dependant on a few things:

How close is this to reality?

We’re closer than you think…

Let’s focus on solar. Arrays are becoming ever more efficient, the marginal cost (cost to generate an additional unit after initial set up costs are covered) today to generate 1 solar watt is 4 pence. As Solar efficiency increases, these costs plummet; the sun has never sent anyone an invoice to my knowledge. So harnessing it unlocks a change in the way we consume energy.

Energy now becomes a 2-way flow, decentralised generation means in effect that I could generate my own energy, have a little leftover and sell it to my local community, who may be looking to boil their kettle or turn on an appliance. The difference however in this, is that energy will be consumed on-demand and paid for instantly based on usage, no more estimates or monthly metering. Utilising a decentralised ledger to record all transactions makes this immutable and secure.

So how do we connect all these buildings/nodes together? Obviously, we need to improve the grid to allow these 2-way flows, but the next challenge is, how do we unlock the economic value? We need a way to find the value and connect the consumer to the producer and vice versa. This is when Autonomous Economic Agents (AEAs) will change the way we consume and negotiate forever. An AEA is essentially a digital representation of your interests, it can be anything that has a sensor, an autonomous car, your house, even your mobile phone. AEAs unlock economic value, they provide you with what you need and take care of all the complexity: see Fetch AI in Cambridge for a view into the future of AEAs. They are able to unlock value that has not been accessible before.

As an example, if you take a ride in an Uber, 30% of your taxi fee is paid to Uber. Why? Because they connected you and the driver, so they want their cut. However, if an AEA can speak to another AEA without any centralised party matchmaking, more value is released for both the service provider and the consumer. Cheaper for the consumer, more retained profit for the driver.

So with this in mind, how can large asset operators position themselves for the future? Well, they’re in a position where they can invest in the battery technology needed for grid resiliency. It’s a significant investment, but as energy storage reduces in price this is a smart play, providing a valuable service but also opening a new revenue stream. Also utilising energy communities; as electric vehicles prevail, they essentially become grid balancers en masse. Owners can be incentivised to help keep the grid balanced through bi-directional energy flow. Utilising AEAs they can provide and settle energy requirements in real-time, on-demand. AEAs will be the connective tissue tying everything together, with each individual, device, building or car having their own.

This will make them even more relevant and, essentially, the energy companies of tomorrow, not only providing energy but also becoming part of the decentralised fabric, where everyone can unlock value that we just weren’t able to before. Personally, if I need to consume some energy, I’d much rather consume only what I need, when I need it and from an organisation committed to net zero. The role of legacy energy suppliers will be significantly different, they need to quickly pivot to finding a way to be relevant in the new decentralised energy world.

This change won’t happen overnight, after all the technology needs to be more efficient first, also legislation is typically well behind technological advancement, taking many years to understand how this change will need to be efficiently put in place. The way that value is going to be delivered will change forever, through the development of energy storage and AEAs. Allowing the consumer and service provider the ability to engage directly and realise more value.

The decentralised future is one where every building is its own power generator, with local power communities emerging and the reliance on centralised power reduced, along with the centralised control. 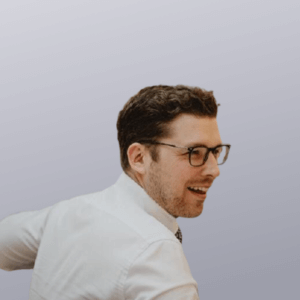