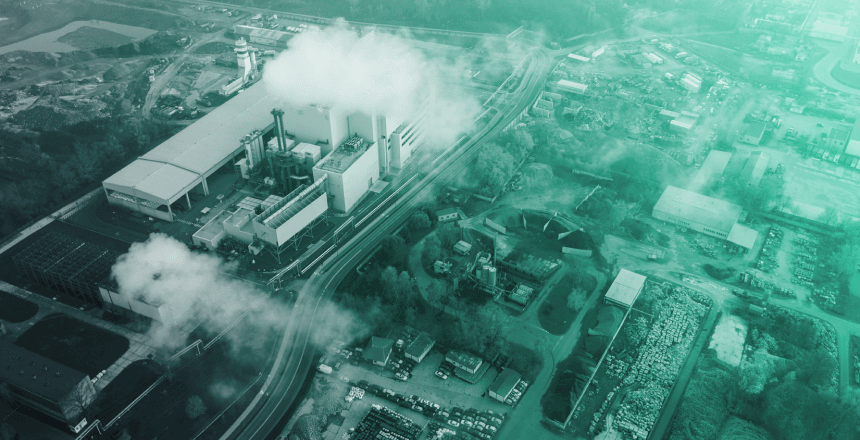 The UK was one of the first major economies to pass the net zero law, which requires the UK to bring all greenhouse gas emissions to net zero by 2050. The introduction of this law has meant that businesses are taking a serious look at their operations to determine how they can achieve this goal.

Many major businesses have already begun self-imposing their own carbon emission targets, whereby they aim to reduce the majority of their greenhouse gas emissions, this decade. Some of the country’s largest retailers such as Sainsbury’s, Tesco and Aldi have each set goals to reach carbon neutrality before the obligatory deadline.

Take for example, Sainsbury’s who have just committed to achieving net zero emissions by 2040, ahead of the government target as their CEO, Mike Coupe says “2050 isn’t soon enough”. Another major brand name that has introduced an impressive carbon-neutral goal is Sky, the infamous broadcaster unveiled a new commitment to achieve carbon neutrality by 2030. To achieve this impressive goal, Sky will be transitioning its 5,000-vehicle fleet to electric, alongside initiatives to make its product offering more efficient and creating an entirely net-zero value chain.

It is important for businesses to announce their sustainability goals as it provides a more forward-thinking approach to energy efficiency. All enterprises need to take a proactive approach to emissions targets. Becoming carbon neutral is a lengthy process that involves drastic changes to operations, which isn’t achievable overnight.

Alongside the introduction of the net zero goal, the government has also introduced a streamlined reporting process on energy and carbon output reporting, and this will be mandatory for all UK quoted companies. So, it is even more integral for businesses to have a greater understanding of their carbon emissions and ensure they are on track to achieve their own and the governments’ targets.

Having worked across various sectors, we have a great understanding of how different businesses operate and the core ways in which we can significantly reduce their energy consumption and subsequently their greenhouse emissions.

Supermarkets, for example, contain many power drawing assets such as lights, refrigerators and HVAC systems Refrigeration. Lighting alone accounts for over 50% of total energy use in a supermarket. For an average sized store (50,000 square foot) energy consumption results in 1,900 tonnes of CO2 being emitted into the atmosphere annually, which is equivalent to 360 vehicles.

Hark enables businesses to take control of their energy consumption through the real-time monitoring of their assets. By analysing asset performance and health, organisations can gain in-depth analytics into energy utilisation. Our cloud-based platform alerts to any possible anomalies and creates a predictive maintenance model. This detailed insight into operations can allow managers to make more informed decisions surrounding their energy consumption and help to remove inefficiencies.

IoT can conduct insight from a granular level, looking into each individual asset energy usage alongside providing an energy consumption overview of multiple locations. The scalability of the technology means businesses can receive a unified data feed from thousands of locations, meaning efficiencies can be achieved on a much bigger scale.

IoT can also enable automation through intelligent control. Our use of machine learning algorithms and AI means energy consuming assets can be transformed into intelligent devices. For example, store lighting can be become autonomous and react to external factors such as ambient light levels, creating huge potential for conserving power.

Hark wants to help businesses achieve their sustainability goals by driving efficiency on a nationwide scale.